I didn’t do any posting yesterday because I was out running errands with a friend. While we were out, we stopped by a lot of different stores. I checked out some deals, but I had a strict budget for myself, which was $2 for any fun things + whatever it would cost to get some pet supplies I need.

I ended up spending $2.17 at the thrift store for 5 vintage books for the boyfriend and about $46 on pet supplies. I always have an “ouch” moment when I go to the pet store and hear the total. It’s not like I buy anything extravagant, I buy what my pets need to be healthy and happy. It’s just really hard to finds deals and coupons for anything beyond dog and cat food. 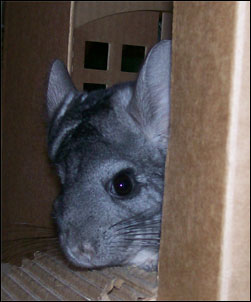 I have three pets currently: a chinchilla named Dua and two rabbits, Barney and Gracie. When I adopted them, I knew the costs, and in the beginning, I was spending much more than I spend now, so I’m glad to say that I have found some ways to save money. In the end, it’s just really frustrating, especially when I flip through the coupons inserts from the newspaper or visit coupon sites, and all I see are coupons for cats and dogs.

Anyway, I just try my best to save what I can and work with the system. For example, on my trip to the pet store yesterday I spend $41.47 without tax. Before coupons and discounts it would have cost me $49.97 plus $5-6 in tax). I bought two large 96oz bags of timothy hay and a 40lb bag of litter. Now on a normal trip, I would only buy one back of timothy hay and a smaller bag of litter, but the timothy hay was on sale for $3 off so I decided to stock up, and only the largest bag of litter was on sale $1 off. For once I had a coupon to use! But that’s only because I bought Feline Pine, which had a $1.50 off printable coupon for at Coupons.com. That much litter should last me a few months and the hay (which is what I have to go buy the most) should last about 2 months. So not only did I save $8.50, but I’ve saved time and bus fare that would be spent on another pet store trip in about a month.

So, the savings are not so bad, but not the best. There are other ways I implement savings for pets.

Shop in Other Sections of the Store

First off, I buy litter in the cat section of the store, as you can see by the fact that I bought Feline Pine (the Original non-clumping variety). For whatever reason, most companies that make exotic pet products charge an exorbitant amount for litter if it’s sold in the small pet section. I think this may be because small pets often use smaller amounts of litter over time in comparison to cats, so they expect the pet owners to just eat the costs.

One of the best examples of this is the litter Yesterday’s News. I used to buy this litter exclusively because it’s made from recycled newspaper, which made me feel better environmentally, plus the animals liked it and it was safe for them. Now, if you go to the store and buy their “Rabbit Litter” it’s $9.99 for a 10lb bag (the largest you can get). That’s $0.99 per pound. If you go to the cat section and get their “Cat Litter” it’s $16.99 for 30 lbs, which is only $0.55 per pound, almost half the price. The only difference between the “Rabbit” and “Cat” litter: name and price. Everything else is exactly the same.

Other items that may be cheaper in other parts of the store include litter boxes and toys (you have to be careful to inspect them and be sure they’re safe for your pet).

Don’t Buy Edible Toys and Treats at the Pet Store 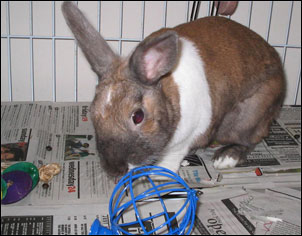 I do not buy treats or edible toys from the pet store. There are two reasons for this. Firstly, I am not going to spend $6 on something my pet will destroy in less than 24 hours. My rabbits and my chinchilla prefer things they can rip up and destroy, which is fine because they all need to wear down their ever-growing teeth. The second reason is I don’t trust the treats and some of the toys sold at the pet store, because they’re often filled with chemicals, dyes, and preservatives that I don’t want to feed my babies, plus they may contain ingredients that just aren’t healthy or safe for my pets.

So what I usually do for this stuff is shop online. There are many websites, owned by pet enthusiasts themselves that sell all kinds of great, reasonably priced chews, treats, and toys for small pets. A lot of times they’re cheaper and they’re usually healthier and safer.

If you’re really crafty and have the resources, you can make your own toys, which saves a ton of money. Check out these DIY toilet paper tube toys for rabbits and this DIY cardboard box maze for chinchillas and rats. There’s a great article on rabbit toys which lists a ton of resources, including the regular toy store, to find or make toys for your rabbit. 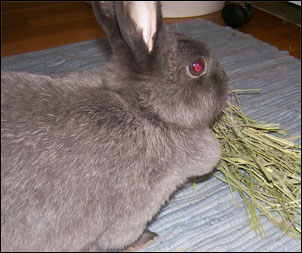 This is something I don’t get to do as much, especially since there’s a major lack of feed stores in the city of Chicago and we don’t have very much storage space to stock up. I know other pet owners in more rural areas may find better deals on hay from feed stores.

I know it’s often cheaper to buy Chinchilla food online. At pet stores, they’re usually sold in quantities of 2-5lbs, but by buying 20lbs or more online, and freezing the excess, it could be cheaper.

Thanks to the internet, you can now easily order hay direct from farmers. Here are some online shops to check out:

If you’re looking for more tips on saving money on exotic pet supplies, check out my new website.