I know, I know. I haven’t done a patio garden update in a couple weeks. Honestly there just hasn’t been much going on to report.

We’re down now to tomatoes, peppers, and basil. The tomatoes and peppers are still suffering from the red spider mites, but the plants are still trucking along. They’re producing, flowering, and growing new leaves. 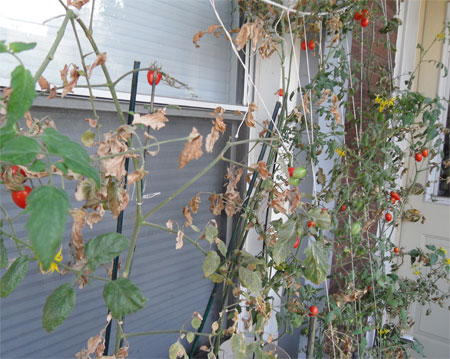 The tomatoes have been hit the hardest by the little mites. I picked 33 cherry tomatoes yesterday. The plants would probably be producing a lot more if they weren’t infested, but still this is not bad at all. 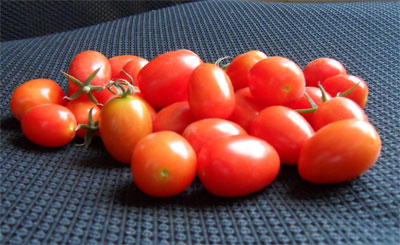 Our peppers still haven’t gotten big enough to pick, but they’re still growing. I have no clue what we’ll do with them once we have them. I’ll figure out something… 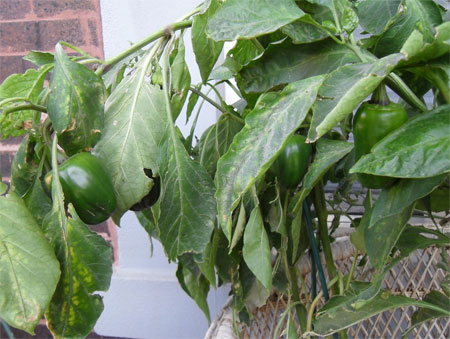 And the basil just goes on and on and on. 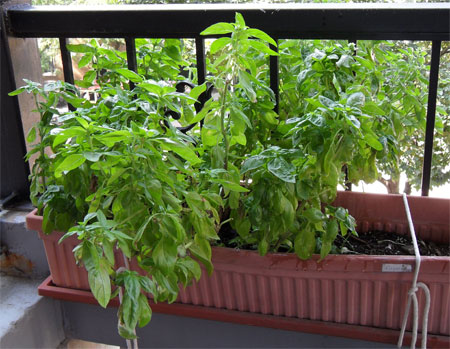 I don’t know if I’ll do updates every week now, since there isn’t much to report. I will do these posts periodically. No video this week. Maybe this weekend we’ll get one up. I can’t make any promises since I’m not really the one who is in charge of all that.

For those who are new, this year the boyfriend and I are doing a little container gardening experiment where we are trying to grow various herbs and vegetables on our patio. We live in the city of Chicago, so traditional gardening is out of the question. You can subscribe to the RSS feed to instantly receive the posts each week and also check out our previous posts. Feel free to subscribe to our Youtube channel as well.